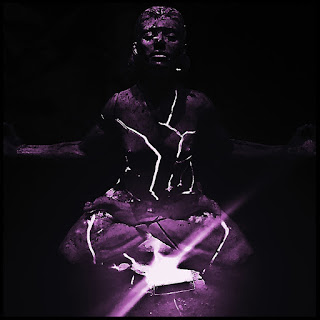 In my endless quest for places to send my scintillating scribblings, I routinely come across opportunities for play development. Most of these places are unfamiliar to me; I don't know who runs them, I don't know what they mean by “development.” I cannot comment on their programs without having experienced what they have to offer and I do not know what they try to achieve without knowing what their programs consist of. I do apply to most, however, because I have work that has been written, rewritten, rewritten a few more times and is now in a state equal to staring at a word on a page until it becomes a collection of meaningless hieroglyphics and ceases to have any meaning whatsoever. When I get to a certain point of revision, I then stare at an entire play and wonder what any of it means.
Okay, maybe that's a bit of an exaggeration. I'm a dramatic writer; hyperbole comes easy to me.
The concept is the same, however, and my history with the practice of developmental workshopping is a largely favorable one. Most of my plays have been through a professional workshopping experience with dramaturgs who understand how plays work--not just on the page, but on the stage as well. Understanding both is critical because having a play that reads grippingly on the page is one thing, but as many of us know, translating that text to a real production brings with it myriad problems, adjustments, and quite possibly, rewrites.

Some development programs are quite famous and many of us are familiar with their names. Others are not so well known, but may very well offer a program that could benefit many of the plays ready for the process. (I say “could” because, like Speedos, not every program fits every play or playwright.)
In my mind, knowing my own writing process pros and cons, and knowing full well that what looks beautiful in my own head may not translate as clearly and dazzlingly to others, I have to approach each development opportunity as a blank slate. I cannot expect every program to fit me or my work like the aforementioned Speedo. I have to be prepared to take from the program that which I believe benefits my work while also being prepared to pass on those things that I think are not appropriate.
Many places offer a developmental process, and each one varies in one or more ways from the others. But let's put that aside; the success or failure of any development process ultimately resides with the playwright. I can recommend several director/dramaturgs that I have worked with right now whose judgment I rely on and who I would work with again in an instant. With each process I have benefitted greatly and yet I have also had instances where I have had to reject some of their ideas and suggestions.
I'm a working playwright. I apply for as many development opps as I can. They are opportunities for dramatic growth and I always seek out an objective alternative to the On-Tuesday-It's Brilliant-On-Wednesday-It's-Shit nightmare I have to go through. It's not easy by any means, but I'm willing to bet that every development experience a playwright goes through makes them a better writer in some way.
Oh, and by the way...I wrote a book on the subject. If you're unfamiliar with development, you might want to give it a read:
Workshopping the New Play: A Guide for Playwrights, Directors, and Dramaturgs.
Posted by George Sapio at 10:49 AM No comments: 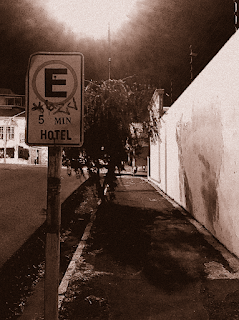 Casting Call
BEN: Male, 35-40, large-boned, seems dangerous but really a pussycat. Dark blond hair.
ALVY: cast appropriately.
The above confuses some people. Why does Ben get all this specificity, and Alvy none at all? Doesn't the playwright care about who plays Alvy? Is the playwright too lazy? Is the part so small and unimportant that the playwright couldn't be bothered?
Or is it a typical situation in which the regular actors at a particular theatre get all the juicy roles and there I am again, last to be picked, knowing I'm going to hear the dreadful words: “Oh yeah. Sapio. Right field.”
When as a playwright I instruct directors to “cast appropriately,” I mean the play has, in terms of physical requirements, a non-specific role. Thus I don't care if you cast an actor who male-identifies, female-identifies, is non-binary, tall, thin, blonde, bald, Asian, physically different . . . or not. I use “cast appropriately” because the question is not the visual physical relationship, replete with all of its subliminal cues, but the resulting dynamic between the onstage actors. It has to work onstage, and those prattling about in the gaslight need to appear as if they were truly intended to be there.
My first play, Headstrong, has one of those roles: an agent who shows up mid-play to provide the unexpected twist necessary to hurl the play into its screwball second half. What matters is that actor playing the part must be breathlessly hopeful in anticipation of meeting their literary idol, annoyingly bubbly, and so briskly incessant with their non-stop, true-believer monologue that you wish their character had been the one who’d been murdered (and now being ickily disposed of).
When I first wrote the play I was told that I couldn't, nay shouldn't be vague in defining this character. That in order to be “professional” I needed to be specific with my casting requirements. But when it matters little or none at all what the physical presence is, but matters a lot that the resulting chemistry is correct, then I feel that it would be inappropriate to narrow down the casting choices because of my own biases. I may have imagined and indeed have written the role with a woman in mind who is in her fifties, desperately lonely, who reads two Gothic novels a week and swoons over the Fabio-esque cover art. (A stock character, but one that gives me an initial voice to the entity when I do not have a specific human being to cull from.) But—what if in the audition queue for this role there was a gentleman in his senior years with serious acting chops who could perfectly fit the lead in The Adventures of Mister Magoo? Think of the possibilities then. Or what if the right actor was someone completely different? Plays are living, breathing entities that live uniquely in different situations. It is fitting that flexibility be built in to allow for different dynamics, different experiences. “Cast appropriately” simply means no more that “find someone who makes the proper dynamic happen onstage.”
We can fling words back and forth onstage all night long, and with luck and thoughtful assignment of actors to roles, they will flow mellifluously and with true intent and effect because the people onstage fit each other. They work perfectly together because of some non-quantifiable, ethereal...magic. They're right together, and that's it. I can't describe how it happens, but I know it when I see it.
I have a seriously talented actor friend who measured six-foot-four, and back in the day wore a mane of blazing red dreadlocks and a full bushy beard. Because he fit the dynamic for a particular part and had the right chemistry with the other actors, I had no problem sticking him in a onesie and a crib and told him he thought he was three years old. To say he nailed the role would be a criminal understatement. This actor might not have been the obvious first choice to play someone who sleeps in a crib and thinks he's three, but because of who he was at the time his casting was perfect. His grasp of the part was instinctive and his dynamic with the other cast members was seamless and fluid. In a production of Macbeth that I directed, my Banquo was played by a female because she had the right mix of ballsiness and rough carriage and she was pretty damn comfortable—scarily, in fact--with a sword. Richard III in my play Kynges Games was played completely believably by a woman—because she had what it took to do the part truthfully. I could have specified Richard as “early 30's, dark hair, medium build, slight case of scoliosis, brash, lacks a sense of humor” and so forth, but I wasn't into strict verisimilitude. The part of Richard needed the correct personality to make it real. I wanted my Richard up there, and my friend Holly had that in spades.
On the other hand, when I do take the time to specify actor parameters, I do so because the mechanics of the text demand it. The actor must be of a certain age either because their actions and beliefs are of a certain time period or the number of their years is a critical plot point. Or they may be of a certain financial situation. Or of a particular physical reality. When I say Ben is “Male, 35-40, large-boned, seems dangerous but really a pussycat. Dark blonde hair” I mean that the script needs someone of those exact characteristics to make the dynamics of the play work. Even the seemingly innocuous requirement of blonde hair means something. It's not a trivial whim because in my wildest, most secret dreams I want to see a young Gerard Depardieu play the part. It's me, the playwright, giving the director, actors, and reading audience the clues necessary to make the script work as best it should.

Posted by George Sapio at 9:31 AM No comments: