“I Hate Going Anywhere With You.” 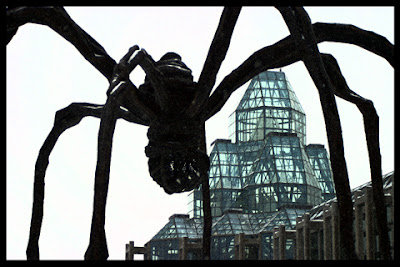 I hear that every so often. I also hear:
“Mr. Crankypants”; or,
“Well, fine, but *I* liked it.” And my favorite:
“Someone needs a nap.”
To be perfectly honest (as much as I can be, trapped in subjective egoism) I am, without equivocation, a pain in the ass to take to a piece of entertainment that I have to fork out $$$ to witness. (I'm equally as picky with free stuff, but paying for it gives me extra self-righteousness.)
There are two tines on this bitchfork: having to pay exorbitant prices for entertainment and having to pay exorbitant prices for entertainments that cheat me out of my due: a logical, sensible, truthful plot that resonates with richly developed, somewhat sympathetic characters not overshadowed by ever-increasing smash-and-bang CGI, that, as the patron saint of Messrs. Crankypants everywhere, the unsurpassed God of Nasty, Pete Townshend, so eloquently put it: “It's all Shepherd's Bush entertainment; you smash a guitar and a thousand geezers go “Aaahhhhh.”
And the second tine: paying $$$ for a plot that wraps itself up so neatly and impossibly, wherein the hero and/or heroine escapes almost perfectly intact with their cohort of sympathy-inducing straggle-ons from a series of disasters so complete and nearly Armageddon...ic... that it boggles the mind. (At least Shelley Winters and Gene Hackman had the decency to die in the “Poseidon Adventure.”)
Money, right? Who's got it these days? My local ubermegamultiplex charges up to $14.00 for one movie. How much is that in minimum wage hours? (Hmmm... in New York State it's $7.25/hour. If the average digital eye candy runs 2 hours 20 minutes, that's 2.33333333 times $7.25, which comes out to... carry the logarithm... $16.91 in minimum wage hours. You come out ahead by $2.91, not counting snacks, in which case you lose about another $15 if you go for the suitcase-sized Raisinettes and an über-vat of cola-flavored high fructose corn syrup.
And live theatre's even worse. Local prices range from $28-$60 for a two-hour show. The benefit is that you get real people hoofin', singin', and emotin' all for you. (Way more expensive, but I can work with real folk sweatin' it out just for me.)
Regardless. I don't have tons of disposable dollars to throw away without a second thought. Even if I did, I'd want my money's worth. I want someone to have sweated over the script, who actually put something of themselves into it, something honest, something true, who gives me something I have to think about. That I can take away. So when I go to the theatre and the plot only adds up to so much instead of where it could have gone if the playwright had preferred spilling some metaphysical blood across the page instead of just pushing sociological buttons without real exploration in order to be current/edgy/daring, I get annoyed. I hate it when the plot cheats out by settling for a more heart-friendly ending instead of biting the bullet, taking the hard road to existential truth and reaching maximum emotional potential. I'm not asking for The Most Profound Script Ever Written; I'm asking for some attempt at logic and truth.
Ya wanna know one of my all-time favorite endings? The last 48 seconds of “Hudson Hawk.” Previously in the movie (SPOILER ALERT FOLLOWS HERE!!!) Danny Aiello is seen going over a cliff in a limo which (a) plunges a hundred feet and smashes into the base of said cliff, and then (b) explodes in a huge fireball. Given the understanding that he is still in the doomed limo, we assume that he is clearly and totally dead, by way of being mangled, exploded, and roasted. Yet, surprisingly, he reappears at the end, riding a convenient donkey, only mildly bruised and lightly scorched. Comrade in crime Bruce Willis expresses due shock, (with more than a touch of nudge nudge wink wink) and asks the miraculously reconstituted Aiello how he survived the crash.
“Air bags!” Aiello replies joyfully. “Can you fuckin' believe it???”
“But what about the fire?” Willis asks (somewhat paraphrased by this writer).
“Sprinkler system!! Can you fuckin' believe it???”
Why is that a great ending? Because by asking if we can fuckin' believe it, the movie harpoons and lampoons every Hollywood cop-out bullshit truthless ripoff climax crowbarred into a substandard plot specifically intended to keep audiences smiling on their way out of the megamultiplex. 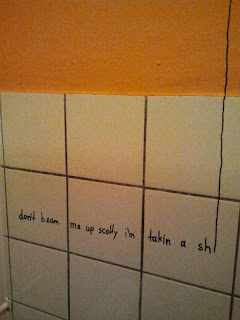 Okay, granted. I don't realistically expect much from blockbuster, high-energy, low-brainage movies like the reboot of “Star Trek.” Yeah, it was killer on character, and that's what was important after decades of adoring fandom for Shatner, Nimoy, Kelley, et al (and followed by Picard and company). I enjoyed the hell out of the new kids on the nebula, but scientifically and plot-wise . . . ? It was (thank you, Spock) illogical, ridiculous, and insulting to a gerbil's intelligence. Flying into a black hole. Really. And people call me picky. What's next? Swimming across a river of lava?
But Star Trek is only a symptom of the disease. The level of what I'm expected to ingest these days without question is staggering. (Oh, and on a side note: did anybody else shudder at the sight of a crashing spaceship in Start Trek II that destroyed several people-filled skyscrapers, killing no doubt a thousand or two, only to have a character escape the crash by leaping off of the ship onto a . . . whatever. Really?? Even after 9-11?)
Entertain me. If that's what you offer, then do it well and do it with respect for my intelligence. Thrill us as best you can and if you can possibly raise the bar, then OMG please jack that shit up. You won't turn us off. Trust us to rise to the occasion. Don't settle for formula; use the formula to break new ground, give us something we won't forget. Surprise us. And don't try to engage me with important  issues only to fail me with nothing important to say about them. Don't fluff my ethical spirit. I expect to not be treated like an idiot. (Although there is the argument that I possibly invite it by walking in and paying the high price (at least at the megamultiplex, anyway)).


And I do expect some evidence of respect for my capacity of disbelief suspension. I do expect--and will always continue to expect—that writers and producers will understand that my forked-over, hard-earned shekels will be given their full value and exchanged for a plot that at least tries to impress me, rather than simply making me go “Aaaaaahh.”
Posted by George Sapio at 3:37 PM