Still Working This One out... 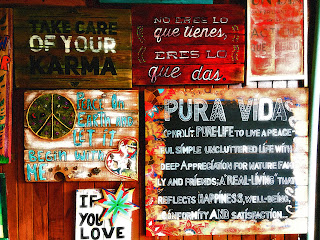 Nike guilty of sweatshop employment practices for years, paying ~20 cents a day to workers working 60-70 hours a week to produce high-end gear for privileged buyers. Most people don't give a shit and continue to buy Nike products.
According to the Guardian: Gino Fisanotti, Nike’s vice-president of brand, said: “We believe Colin is one of the most inspirational athletes of this generation, who has leveraged the power of sport to help move the world forward. We wanted to energise its meaning and introduce ‘Just Do It’ to a new generation of athletes.”
Possible translation: "Using this high-profile situation to capitalize."
(https://www.theguardian.com/sport/2018/sep/04/nike-controversial-colin-kaepernick-campaign-divisive)
Colin Kaepernick legally exercises his rights as a United States citizen to "petition the Government for a redress of grievances" by taking a knee during the playing of the national anthem, causing a storm of protest. It is a peaceful yet powerful gesture, and controversy explodes. Meanwhile, African-Americans are being murdered with unconscionable regularity in the streets—and on camera--by police with almost no justice for the victims ensuing or change in police oversight. Kaepernick is then “not hired” by any football teams. ANY teams.
Then Kaepernick then becomes one of the faces of the new Nike ad campaign.
Here's the dilemma. Nike sucks. You can take their asinine swoosh and compost it. It's simply just gear. Clothing. Sneakers, t-shirts...inconsequential, high-priced crap. None of the products really matter. None of them are life-critical. None of them, if they were gone tomorrow, would matter. Oh, right, right...except to its shareholders, who ignore the sweatshop conditions under which this crap is made. Fuck Nike.
But if Colin Kaepernick needs another venue to transmit his message, then I'm with him. If the slogan “Believe in something. Even if it means sacrificing everything” wants to use him and his issue to get their advertising across to a new generation of Americans, and Kaepernick (or Assange or Snowden or whoever else has given up everything because they believe in something) have to be that face to keep their issues alive and current, then fine. I still won't buy Nike's pretentious shit, but I will cheer Colin Kaepernick (and Assange and Snowden and whoever) on wholeheartedly. And if you want to protest Nike and its inhumane production practices, then donate your Swooshy gear to people who need clothing. Give it to those whose shoes are falling apart, whose clothes are filthy, who are in need. That is what we should be doing every day: looking after our fellow citizens across the world. Let's make Nike the unintended and inadvertent brand of compassion and generosity.
Malcolm X said it in 1965: “We declare our right on this earth to be a man, to be a human being, to be respected as a human being, to be given the rights of a human being in this society, on this earth, in this day, which we intend to bring into existence by any means necessary.”
And I'll go with a peaceful yet powerful means any day.