The Worst of Us, Again 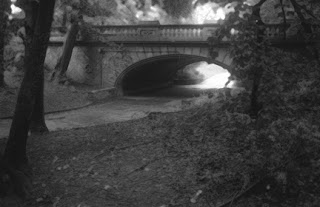 Yes, I know people have been talking about this for weeks now. You don’t have to read this, okay? But I’m gonna chime in anyhow because (a) you can’t stop me, and (b) another voice should be heard. If not mine, then yours. As long as shit like this happens, voices need to be heard.
It’s a choice.
It is not something that you do unexpectedly while you stand by innocently. It is something that you, while being capable of rational, coherent thought, and having a established knowledge (if not sense) of right and wrong, choose to do. It is a conscious decision to act in a certain manner and perform certain acts and go against not just the laws of the society but also the laws of ethical and moral humanity; to go commit an act of violence against someone who is vulnerable and unable to fend for themselves against your strength and animalistic desires.
It is finding someone who is weaker than you and imprinting upon their psyche and body memory an act so brutal that no amount of therapy or programs to reduce it to some sort of status less than horrific will ever succeed.
Its result is to cause the victim to have a permanent sense-memory of the touch, of the sounds, of the smells, of the person committing the act. These memories never go away. They are not like the first time you smelled a chocolate chip cookie; they are neither entrancing nor welcome. They are a nightmare, a cold terror so deep as to be incapacitating.
No one asks for it. Ever. At any time. Despite the excuses made about how someone was provocatively dressed or the impaired condition the victim was in at the time. Ya know what? Should someone be in an impaired state, unable to fend for him- or herself, it is the duty of friends and bystanders to ensure that the unfortunate person is brought to safety and protected. It is not open season for animals.
It is rape. It is always rape. It is like being dead; there is no gradation or level of rapeness. A dead person is dead; completely and without exception. A rape victim has been raped. An assault victim has been violated. For all victims, security has been permanently destroyed. One’s body is no longer one’s own. Safety is eradicated forever. There is no middle ground.
It is an active choice, and it is made willingly by the perperator. And in doing so, the perpetrator forsakes all pretense of humanity and admits to being a predator and a thug. And he will always be one, even if he never commits the act again.
You are not truly defined by what you look like, or what gender you are, or by which god you follow, or by who you are programmed to love, but by the actions you perform. Because your actions illustrate your morals and ethics. What will you do when confronted with a particular situation? And once done, actions cannot be undone. There is no erasure, no legitimate way to lessen or diminish or deny. Actions are written in the record and are indelible, despite the machinations or decrees of law courts or the false salvation of psychological legerdemain.
Our age makes great efforts to change the past to accommodate the present. We try to lessen the severity in order to allow a relatively guilt-free future. We frequently  try to clothe the emperor in shimmering white when in fact he is not just naked but covered in scabs. To admit to his pestilence is to acknowledge the possibility of our own, or to admit that our modern, progressive, successful, privileged Utopia is a flawed and faulty construct.
We have been over-sensitized, tenderized to the point of being largely unable to face our ugly side, ironically through the absence of graphic evidence. And at the same time, we have been desensitized; we cringe at real wounds, yet cheer at Hollywood’s CGI version because we know it’s all artifice. Real evidence of beatings, rapes, mutilations, aftermath of battles and bombings are much too upsetting for our sheltered psyches. The truth is hidden from us because we refuse to see it.
And as a result we exist in a society that creates TV commentators who bemoan the thrown-away futures of convicted rapists, who, young or not, have betrayed all that is decent and ethical. These talking heads are complicit in denying that people who attack others make their choices willingly and with malice aforethought.  No amount of reasoning, rhetoric, or sophistry can whitewash a crime that is total and horrific. Every word spoken that ignores the victim, that in any way attempts to mitigate the viciousness of the attack, contributes to the next one.
Only as a society that faces up to the hellish side of its nature, that completely decries those who try to diminish acts of evil, can we recognize and prevent further personal catastrophes.
Posted by George Sapio at 11:26 AM