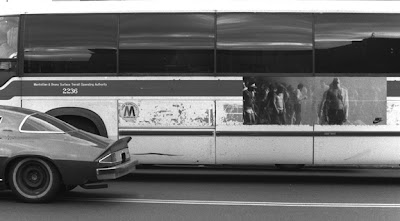 Someone somewhere should do a study that investigates the premise that gay folks are more prone to being dimwits, psychopaths, liars, and all-around bad people than straight folks are.
I know a shitload of gay people. An overwhelmingly large percentage are people I actually like, and another big percentage are people I know well and love. I have taken this personal statistical breakdown and compared it to my equivalent statistics on straight people. With a margin of error that is plus/minus 1%, they are damn nearly exactly the same.
Included in both samplings are people I can’t stand, don’t trust, and who dress real funny. Oddly enough, none of this dislike and distrust has anything to do with any of their sexual programming. It’s because they are, as people, basically tools, untrustworthy, spiritually corrupt, and/or sartorially iniquitous.
I wonder what this hypothetical study will find, given the related question of how homosexual lifestyles do or do not threaten, destroy, or render redundant the straight lifestyle that some folks would have us believe is as old as creation and personally ordained and endorsed by either The Christian Big Guy, The Hebrew Big Guy, the Muslim Big Guy, or any other relevant Big Guy you choose to choose.
We would need to establish some basic facts about the alleged societal infection, and one item should be how long this proposed threat has been in existence. Based on copious research, I am willing to bet that homosexuality has been around as long as homonids could bang rocks together. Some of those primitive wall scratchings are downright racy, if you ask me. Especially the French ones.
Given this premise, if  homosexuals are indeed bound together in an unholy conspiracy in order to threaten, destroy, or render redundant the straight lifestyle, they sure as hell are taking their sweet time about it. Could it be that their nefarious plans are being held up by all that homosexual sexual distraction? I mean, come on people, it’s been a while already. Sex is really fun (it should be, anyway), and if gay sex is so much more distractful than a straight hope-and-grope that it ceaselessly confounds such an evil plot, well, then, maybe these same-sexuals are onto something.
As far as I (and numerous anthropological and sociological studies done by impressive institutions and universities) can tell, gayly programmed men and women have been living together FOR-FUCKING-EVER. And the state of marriage hasn’t suffered one bit from this. It has been, up til lately, a 100% straight affair, and we can’t blame the gay population for any of its faults or congratulate them for its successes. The sanctity of marriage has, in fact, taken some severe and crippling body blows from, as stated by Divorce.com (and they should know), financial problems, communications problems, family problems, sex problems, friend problems, addiction problems, abuse problems, personality problems, expectation problems, and time problems. I checked the list several times; nowhere did it say “gay people getting married.” And none of these reasons are LGBT specific.
More statistics. Wanna know what the current divorce rate in America is?
According to the Forest Institute of Professional Psychology in Springfield, Missouri, 50% percent of first marriages, 67% of second and 74% of third marriages end in divorce. (http://www.divorcerate.org)
Let’s look at the trend over time:
1940: 20%
1950: 26%
1960: 22%
1970: 33%
1975: 48%
1980: 52%
1985: 50%
(http://divorce.lovetoknow.com/Historical_Divorce_Rate_Statistics)
Currently, half of all marriages in America fail.
And this is WITHOUT gays getting married.
I dunno; seems to me like the sanctity of marriage ain’t been doing so hot for a while now.
So then, if the sanctity of marriage is, in reality, less than what it’s purported to be, then what exactly is the perceived threat of homosexual marriage? Bear in mind “marriage,” as discussed by the U.S. government (which is where the argument is taking place) is only a legal term; as stated before, homosexuals have been living together as couples since time immemorial without benefit of having a legal contract.
Exactly whose marriage is threatened by those two guys who live in the apartment down the hall having legal status?
It seems to me that the whole thing is kinda whiney and spoiled-childish; “If we can’t have the whole pie, then none of it will taste good.”
I know several gay couples who have tied the public and legal knot and can state categorically that it has not had one iota, whit, crumb, grain, jot . . . nay, nor even a notarized scintilla on the state of my own legal marital status or my personal relationship with my wife.
I won’t go into the reproductive reasoning; that just breeds contempt. Nor will I vouchsafe the cultural morality argument; that just has no values. I will, however quote one of the most important and heavily referred-to books on the top ten shelf: The Bible. In it, Jesus (through Matthew) cautions us to basically treat others as we would treat ourselves and to remember that whatsoever we do to the least of our brethren we do to God. And to these words of infinite wisdom I add words from my (quite unexpected) cohort on the progressive side of human rights, the renowned Bill O’Reilly, who says of the Supreme Court debate, “The compelling argument is on the side of homosexuals.” To which he added that the proponents of DOMA and Prop 8 had no legitimate rationale except they “(haven’t) been able to do anything but thump the Bible.”
And with those words I rest my case.
Posted by George Sapio at 12:51 PM