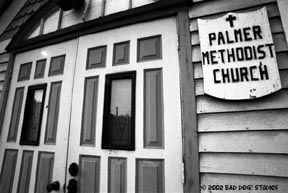 Truth, like the sculpture that was produced by our regretful, sorrowful, emotionally traumatized protagonist at the top-of-the-shark-fin catastrophic moment, is not objective but representational. We get a slim slice of a vision of the nature of grief, the simple yet earth-shaking nature of the ache in our hearts. Essential truth doesn't come in a chaptered book full of answers and step-by-step solutions. It comes as images, fleeting moments, epiphanies, subjective representations that speak the language for which there is no easy or sufficient verbal equivalent, where emotions like love, joy, fear, and despair dwell. We’re not even sure our hero gets it all himself, but his breakthrough comes as he finally understands how to express himself representationally, instead of trying to replicate a moment precisely and accurately. He learns that life and love and pain are instances, indescribables, non-diagrammable, unable to be boxed and labeled. His breakthough, where he finally looks into himself and sees his agony, comes in the form of a twisted clay figure that reaches to the sky, its head thrown back, and is so simple, so open, so honest, that it could have been done by a third-grader.
Posted by George Sapio at 9:02 PM