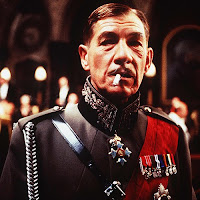 I guess most people develop a... shall we say, “extended interest”... in one thing or another. Why I focused on the life of Richard Plantagenet, also known as Richard III of England, I can only guess at. Possibly it was the “black legend”; I’ve learned that when all you hear about someone or something is pretty much similar and of a negative nature, then it generally bears investigation. And since my favorite historical period is medieval Europe, checking out the dark matter seemed the thing to do.

And almost instantly my efforts were rewarded. First of all came the debunking of Shakespeare’s dramaturgical legacy.  No, Richard was not physically deformed. He was in fact quite fit and in generally excellent shape. It was common (and still is, unfortunately) to indicate to audiences that a character was flawed internally/spiritually by giving him/her a visible physical disability. Shakespeare’s Richard had a spinal hump and a withered arm, but the real McCoy was said to be of just below average height, medium weight, well-muscled, and generally pleasing to the eye.

Further investigations (eventually two-and-a-half years of them) unfolded further Bardish debunkations. Far from being the evil mastermind, Richard led a largely upright moral and ethical existence. He was loyal to his family and friends (his motto was “Loyalty binds me”), fair in his judicial renderings, and did several other impressive things:
All in all he was fairly progressive. He was also extremely careful. He’d seen two of his older brothers (both of whom he was said to worship) end badly. George, the Duke of Clarence, was quite greedy and, by royal decree, ended up upside down in a butt of malmsey (if you believe that) or stabbed. Edward IV, the oldest brother, stretched the limits of how many turkey legs, mugs of ale, and loose women any one man could consume and paid for it with his life. Richard, eyewitness to all this, was a lot more careful and a lot more boring. Still and all, being careful and progressive didn’t quite help him. He died in battle--the last monarch to do so--at approximately 1:30 p.m. on August 22, 1485 at age 32.

Whether or not he ordered the deaths of his nephews has been hotly debated. Some say emphatically and forcefully yes, others vociferously decry the calumny and shout “no!” There is no real proof either way. The bodies have not been discovered or verified. It would have been politically idiotic for him to kill a pair of royal children...believe it or not, despite the various and sundry atrocities committed in the day, some things were still sacred back then. But then again, having them around meant that some folks would see the older one as the rightful king and raise an army to reinstate him.

Sometimes there are no perfect answers. And it remains that the journey to seek what might not be there is all the reward there may be. I spent two-and-a-half years digging into this. Others have spent ten times that much. I could do that too but I like to go out once in a while.
Posted by George Sapio at 12:22 PM