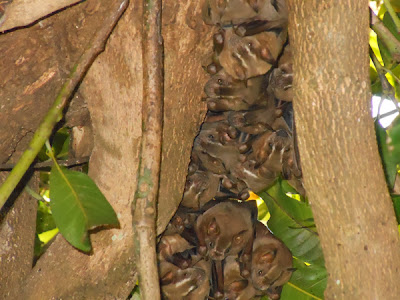 This rant is much too late, considering the time passed since Columbine.  But I will throw it out there anyway.

It comes to a point where a decision must be made between a civil liberty (automatic weapon ownership) and the greater good: what is judged to be both necessary for the safe existence of the majority of people in a particular society without exercising the tyranny of the majority. It is not tyrannical to deny ownership of guns, particularly automatic weapons. Guns are not an integral part of a society’s necessary needs, such as food, clothing, shelter, adequate medical facilities, and the right to be let alone.

Unfortunately, there are not multi-millions supporting the greater good. Think about that for a minute; think about that statement held up next to the principles we as Americans hold up as our basic ideals: life, liberty, and the pursuit of happiness. Why do we allow such anti-life, liberty-robbing, and happiness-destroying forces to hold sway over our societies?

More simply, who allows and encourages this?

Guns kill people, plain and simple. People with guns kill other people. Our society allows and approves of our children being brought up with games and shows that advocate killing as a way to solve problems. We must change our mindset and our mores. No, we will never completely eradicate the gun problem in this country, but we can restructure our society to actively reject any representation of "It's okay for the *good* guys to kill" mentality, enact bans on automatic weapon sales, AND make gun applications much more restrictive. Sorry, folks, but most of you out there really don't need a gun unless you live on the frontier. You’ve been fed a diet of fear and you’re obese. These things are not toys, not a substitute for your undernourished ego, they are not god-given rights. They are not inherently manifestations of American patriotism. They have one purpose: to kill. We have permits for driving and laws against drugs and alcohol; to allow such unrestricted dissemination of mass killing machines is a crime against humanity.

Our children are dying. We lost twenty in Connecticut. At once. In a psychotic reign of terror. By guns that were legally bought.

A friend relates that she discussed this with someone who opined with a shrug: “These things happen.” What kind of society breeds this pathetically casual response to mass murder? That may be the worst horror story of all.

Are we already over the edge with no hope of redemption?
Posted by George Sapio at 8:39 AM 1 comment: