The Worst Of Us, III 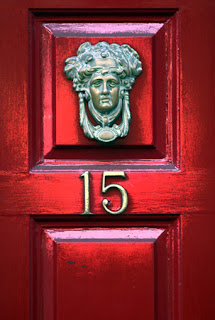 SPOILER: I do NOT endorse physical violence as a way of solving issues. I may (occasionally) casually or sarcastically remark that someone needs to be taken out back and slapped into a higher IQ, but that's largely meant to be humorously incorrect, a substanceless taunt meant for conjuring up raised eyebrows and surreptitiously whispered “Right on”s. Let me say this again: I do NOT endorse physical violence as a way of solving an issue, righting a wrong, or punishing a civil or legal offense.
Let me digress.
The neighborhood I grew up in was hardly on the entirely wrong side of the tracks; there were far worse places to grow up in. But we were were low-rent, blue collar, largely uneducated, and effectively the urban equivalent of what are commonly referred to in rural areas as “rednecks.” Bigotry was rampant. College degrees were not. Disputes were not settled (as they are today) with interventions, counseling, activities designed to dispel misunderstandings, or efforts to recognize and normalize religious, gender, racial, and sexual variations. Most disputes were settled by what was charmingly called “a good thumping” and a bloody nose. This is not a recommendation or a yearning for the halcyon days of street justice as opposed to present-day processed arbitrage. This is the way it was, bucko. You pissed someone off and if that someone was bigger than you, you got your ass kicked after school. And you didn't run away because it would happen the next day or the next until “justice” was meted out. And you'd be labeled there and forever a coward. And you certainly didn't run to the school authorities because they offered not nearly as much understanding or solace as the kid who wanted to thump your ass for your lunch money or didn't like the fact that your last name ended in “O” (or in my neck of the woods, didn't start with it). “Get out there and stand up for yourself; it's not my job to coddle you” was a common phrase. Thanks, Sister Angelica.
I offer these preludes as background for the following: a perusal of my Facebook news feed reveals (courtesy of one of my like-minded politically snarky friends) a story about Mike Jeffries, the CEO of Abercrombie and Fitch, who said in an interview with Salon.com:
“In every school there are the cool and popular kids, and then there are the not-so-cool kids [ . . . ] Candidly, we go after the cool kids. We go after the attractive all-American kid with a great attitude and a lot of friends. A lot of people don’t belong [in our clothes], and they can’t belong. Are we exclusionary? Absolutely."1
Where did I find the pointer to this article? On a blog site called “peopleiwanttopunchinthethroat.com”. A bit extravagant of a name, but it does leave little to the imagination. Except of course, pondering which individuals (or groups) the web site owner finds worthy of violence to the neck. And judging from Mr. Jeffries' quote, he sounds like someone whom the web site owner might find a worthy candidate for inclusion.
To the point. This is actually not about using violence as a way to change a person's opinions. It is partially about thinking about briefly and shamefacedly, as Sister Angelica loved to growl, “wiping that smarmy-assed smile right off of your face.” (“Wiping” meant “smacking.” Which, if you think about it, a smack is really just an aggravated form of a wipe.) And she did, on many occasions. And back in those days of accepted corporal punishment nary a smarmy-assed smile stayed on any face when Angelica's arm swung. You could almost see the once-grins flying across the room, hit the wall with a resounding splat, and gloopily slide down to greasy ignominy.
I offer this visual aid: 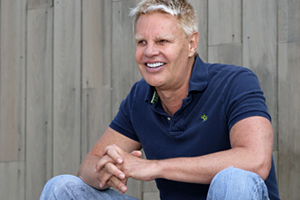 Yep, this is Mike Jeffries, CEO of Abercrombie & Fitch. He must, since he owns the joint, consider himself one of the “cool,” “attractive All-American” kids. Seriously. Perfect bright white teeth. Pretty slender. Yuppie/yacht club shirt. I'm not getting the white wisp of hair in front... highlighting? And there's something about those eyebrows that just makes my basic humanness squirm with a creepiness reserved for the guy on the bus wearing the sunglasses and raincoat.
But there I go. Jeepers. Judging by appearance. Sorry, Jeffries. That was kinda rude. Not very vicious, though. See, I referred only to you, not to an entire section of humanity. A section of humanity that, for various reasons, can't fit into your effete line of clothing. I've spent some time looking at this line of body wear, and for the life of me, I see absolutely no outstanding reason why I'd spend a buncha money to adorn my (in my twisted imagination) godlike form with any of these clothes. There's nothing exceptional there. Nothing new. Nothing landmark. Some of it actually looks already worn, washed, and ironed. There are parents across the globe who can provide that look.
So what is Jeffries selling?
Not just clothes. He's selling social stigma. He's selling elitism. He's selling hate.
Think about the sadness of the man's situation. Not only is he offended by the sight of people who do not fit his ideal physiognomy, but he openly and aggressively uses his multi-million (billion??) dollar company to wage a campaign of discrimination. In effect he tells us that folks who cannot fit into his clothes are not cool, are not worthy of having cool friends, are not special enough or good-looking enough to be graced with his ware. They are the unsightly, the shlubs, the embarrassments of the species. But don't take my word for it. Here's more from the same article:
"He doesn't want larger people shopping in his store, he wants thin and beautiful people," [Robin] Lewis told Business Insider. "He doesn't want his core customers to see people who aren't as hot as them wearing his clothing. People who wear his clothing should feel like they're one of the 'cool kids.'"
(...)
We asked the company why it doesn't offer larger sizes for women. A spokeswoman told us that Abercrombie wasn't available to provide a comment.
In a 2006 interview with Salon, Jeffries himself said that his business was built around sex appeal.
“It’s almost everything. That’s why we hire good-looking people in our stores. Because good-looking people attract other good-looking people, and we want to market to cool, good-looking people. We don’t market to anyone other than that,”Jeffries said.
Jeffries also told Salon that he wasn't bothered by excluding some customers.
Plus-size people, stay away. Exquisitely curvaceous ladies, seek your sartorial needs elsewhere. Gentlemen of increased abdominal status . . . fuck off. You are not wanted, not appreciated, not considered worthy of even the barest whit of human dignity.
See? Now this is the guy my gut (in a Pavlovian response instilled from twelve years of Catholic school) instantly wants to smack silly. Yes, I know, and I truly believe it: violence doesn't solve anything. But this is not a reaction designed to solve. This is a reaction designed to respond to a pathetically sad son of a bitch with issues so colossal they blot out the sun, whose entire psyche is so deeply entrenched in fear and loathing, who is a slave of and paralyzed by his fear of ostracism, who uses sexuality as a rubric for social fitness, who is incapable of even the barest amount of sympathy for anyone or anything. Who possesses an intellect that is capable of knowing better. What a douchebag.
(Granted, the issue of his absurd line of clothing is, next to world hunger, Fox News fans, and hydrofracking, pretty small apples. Clothes are clothes, and seriously, people, after bell-bottoms and leisure suits, I think the credibility factor of fashion is permanently stained.)
But if it starts with clothes, then what comes next? Physical social programming? Social Darwinism? Eugenics? It's attitudes like this that opened the door for Hitler, Edward I of England, Andrew Jackson and others who decided to cleanse the world of those they found unfit. Hate is hate, folks. It matters not against who or why. It matters that it is. It matters that people can espouse it with a smile on their face and gleam in their eye and know . . . know with absolute certainty that they are above reproach and beyond any repercussion. It is the curse of our species that accountability is always the first casualty when dealing with the affluent and paradoxically the scourge of those without sufficient social status or economic wherewithal.
In a perfect world, the uncool, the geeks and nerds, the outcasts, those without country club membership cards, those of enhanced corporeality . . . they would rise en masse, scrounge and don whatever articles of A&F clothing they could find, dance the Time Warp and whirl like fucking dervishes in front of the nearest A&F store until the sales assistants ran screaming from the establishment into the nearest Walmart in desperate search for tube tops and loose pants that showed more buttcrack than a Chippendale dancer. But alas, our world is somewhat less than perfect. Which is probably a good thing in its own way.
(Oh, and by the way, just so I'm not misunderstood . . . I just want to add that I know dozens of people who are skinny, good-looking, and kinda cool. And I have no desire whatsoever to punch any of them them in the throat.)
1- http://www.businessinsider.com/abercrombie-wants-thin-customers-2013-5#ixzz2SiiMf12d
Posted by George Sapio at 8:17 PM 1 comment: