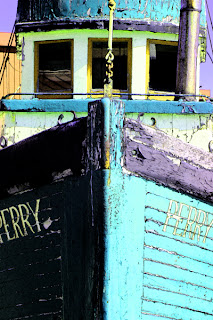 It's confession time: I'm shitty with names. I am. I apologize for it; I don't know why this is. Faces I'm great with; I can remember a face forever, unless, of course you've had Joan Rivers-level botox or reconstructive surgery or you just changed a lot. Let's say I can remember 97.5 percent of all the faces I've had significant contact with. Not bad.


But: even though do I know your face it's entirely possible I may have no effin' clue who you are. Let's say that happens around 4.38 percent of the time. And about 1.8 percent of the time I have absolutely no clue whatsoever who the hell you are or how you know me.
And that's not all. Even when I remember your name, I may not remember it exactly. Especially if your name is either “Kristen” or “Kirsten.” Really? Do we need names this closely constructed? Seems like a waste of good nameage to have two names this similar. Look. I know who you are and I know its a choice of one of the two, and I'll probably screw it up at some point, so can you just accept that and be gracious? I know it's one of those, okay? I may just not be sure about which one is all. And to make it this much worse, the Kirstens have the pronunciation choice of either “KURR-sten” or “KEER-sten.” This is, as ruled by the Supreme Court, abuse of nomenclature.
My proffered solution to this lexicographical transposition is change them both to the same thing. Find some middle ground. “Kisten”? I dunno; just doesn't work for me.
I prefer “Krirsten.” Try it a few times, it will grow on you. (“Krirsten.” “Krirsten.”) A name, by the way, which sounds even better when you utter it in a time of both extreme intimacy and serious physical exertion. The multiple “R”s make it sound like you're growling. (All “Krirstens” love that.)
But the Krirstenage problem is nothing compared to . . . your friends splitting up and re-attaching themselves to new partners. This could hold the most potential for embarrassment.
Maybe this is because I've never been divorced, but you know those couples who've been around since for-fucking-ever?? Like oh, say, Barb and Tony. You've always known “Barb and Tony,” right? It's always been “Barb 'n' Tony,” right? Barb 'n' Tony. Barb 'n' Tony.
After a while it becomes a euphonic mantra, a “Samneric” phenomena. Barb 'n' Tony are a couple who used to be real, separate people but now exist only as metaphysical Siamese twins and whose names have illustrated that spiritual melding by themselves blending into one word. “Barb 'n' Tony.” “Barb 'n' fuckin' Tony.”
So then (whoops) Tony does a runner cuz he worked for Enron or BP or he emailed all of Emeril's secret recipes to Wikileaks and whaddya know a year or so later it becomes not “Barb 'n' Tony” anymore but “Barb 'n' Lars.” And you get together with them about six times a year for a couple years, and you're being careful to remember that the guy is Lars. Lars. LARS. And of course (because you knew it would happen sooner or later) one day, because whoopsidaisy you just forgot to be careful, you introduce them as “Barb 'n' Tony.” And everyone looks like you're a prime asshole. Which technically you kinda are, face it.
But you know what? The lineups change so much these days you (a) can't keep track, and (b) shit happens. And ultimately it comes down to (c) “Barb 'n' Lars” just not sounding all that good in the first place.
If “Barb 'n' Lars” were actually a real word it would be “barbinlars,” as in:
“Honey, did you remember the barbinlars on the way home? We need to shleem the fartznogg this weekend.”
Barbinlar's Cockatoo, found only on the north face of Mount Kilimanjaro.
“Barbinlars. Straightens out your erectile dysfunction problem.”
What's even weirder is that all of Lars's friends (say that out loud: Lars's) call them “Larsinbarb.”
Make up your own meanings.

Posted by George Sapio at 6:19 AM No comments:

Stupid is the New Black. 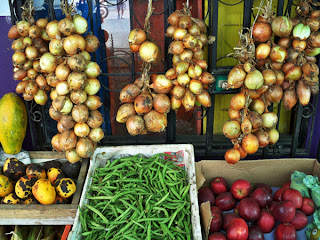