Where does a playwright’s responsibility to the audience’s emotional health begin and end? 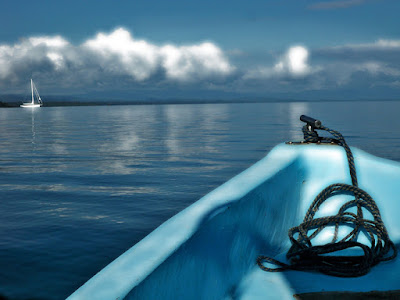 We like to proclaim proudly that “the best plays are the ones that move the audience, challenge the intellect, and serve as a catalyst for productive conversation.” Writers frequently produce socially critical work on serious and controversial issues based on a Pandora’s Box of tragedies including rape and sexual assault, drug addiction, war, gun violence, child abuse, and acts of racial or gender violence.
And we tend to applaud these efforts because we are progressive thinkers. We care about others and believe that in placing such critical topics on a public stage we bring wider attention to the issue and “effect social change” for the better. We hope that these plays will generate compassion, even empathy, and in doing so, increase understanding between disparate individuals and groups. We see theatre as an important tool to hold a mirror to reality and make the world a more hospitable home for our fellow travelers.
Each of the topics mentioned above carries with it the pain of millions of shattered souls. And each of those souls is a living, breathing person who has experienced the most catastrophic of trauma. Sometimes, in our quest to provide boldness and truth, artists forget that.
What happens when playwrights actually cross the line between what’s artistically appropriate for their particular script and gratuitous use of an incident intended solely to add more “weight” to said script? How do playwrights determine if their words enhance the examination of a social issue or are simply emotional gut-punches designed to shock? Where does “appropriate” end and “gratuitous” begin?
Some writers seem to think that the more emotional triggers they load a play with, the more powerful it will be, and therefore the better they are doing their job. For them, dramatic heft outweighs compassion.
There are no hard and fast easy answers to this. I realize that each play is unique. But I have seen plays that, to my mind, are chock-full of trigger material, and the playwrights failed to respect the subsequent fallout or see the pain they caused, however inadvertently, to audience members.
Without doubt, theatre for social change is a critically important part of our arts culture, at its best heightening awareness, compassion, and respect for “others.” Bravely addressing the spectrum of social ills, theatre for social change can be a critical and essential civic barometer.
Still, it must be managed with care and respect.
I recently became involved in a discussion in which an audience member took issue with a particular line in a play. The line in question quite blatantly referenced a violent attack that had happened to a well-known and beloved fellow community (and regular audience) member. That person suffered from severe PTSD, and will have substantially painful memories for the rest of their life. It literally hit home. As became clear, the line was not essential to the arc or story of the play; it was an additive line (comedically written) meant to increase emotional impact. Discussion ensued; the theatre’s artistic director theatre stood behind the line and maintained that it righteously added to the play’s emotional impact. After the complainant alerted the playwright to the pain that was happening to the collective community because of this one throwaway line, the playwright (an established and much-produced writer) readily agreed to excise the line from that particular production in that particular community. But not from the standard text. Presumably, the line will remain in all future productions.

(In addition, the line was a blindside; the the play itself was about Topic X, and the line came out of nowhere about Topic Y, which had nothing to do with the theme of the work. Certainly those expecting a production about one issue may have been confused when an additional issue had been entered into the work.)
Social relevance in theatre is not measured by how much it disturbs an audience. Anyone can disturb an audience. Social relevance is measured by how much it causes audience members to rethink their world, to experience the realities of others.
If you choose to disturb me with your content, be it a play concept or even just a single line, you’d better include a followup that is a thorough and serious treatment of the issue. You need to demonstrate to me that you understand theatre’s inherent power to disturb and that you have taken the time to flesh out your subject with respect and maturity. If you choose to disturb me with your content—or reference a well-known public tragedy—solely as a fly-by mention, or a toss-off joke, or to add on to some other issue and then ignore the fact that you might have just really hurt someone, you’ve just gratuitously disrespected not just your audience but every soul who’s been injured by that content.
Every audience member is a real soul, and you have no way of knowing what those souls’ histories contain. You simply cannot be cavalier when it comes to potentially painful subjects, not when someone in the audience might feel that you are using their nightmares for cheap effect. And if, by way of explanation, you cast the blame on the audience for either interpreting as you intended or not, then you are behaving immaturely and irresponsibly. Audiences do not either “get it” or “not get it.”
As playwrights we are solely and entirely responsible for our text, the choice of triggers we employ, the message(s) we choose to transmit, and the method used to transmit those messages.